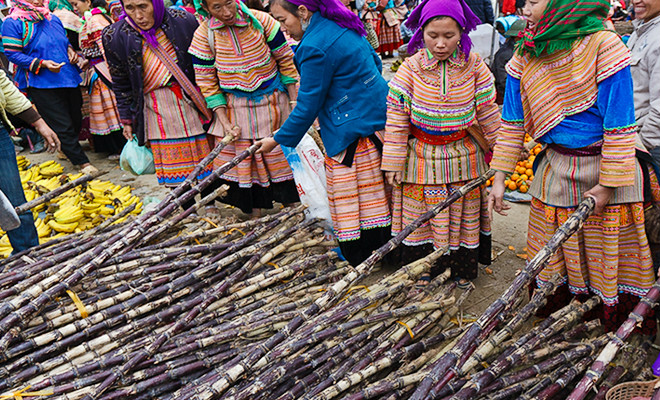 Vietnam’s TTC Group, a sugar, energy and real estate conglomerate, is stepping up production of the sweetener and seeking new investors as it gears up for a Singapore listing of one of its sugar units in five years that would raise about $600 million.

Ahead of the planned share sale, the group’s Thanh Thanh Cong Tay Ninh SC or TTC Sugar, will merge with another sugar company to create a combined entity worth $200 million and Vietnam’s largest sugar company, group officials said in an interview. TTC Vice Chairwoman Dang Huynh Uc My, who has relocated to Singapore to spearhead the sugar unit’s listing, declined to identify the local merger partner but said the deal would be completed early next year.

“We aim to become a global player, thus we wanted to list in Singapore,” Chief Executive Officer Thai Van Chuyen said in an interview in the company’s headquarters in Ho Chi Minh City. The company has already expanded its sugar operations beyond Vietnam to Cambodia and soon to Laos, he said.

A supplier to Vietnam Dairy Products JSC and Kido Group Corp., TTC Group is already moving to increase sugar production. The company is buying a sugar mill with a designed annual capacity of 70,000 tons and a 6,000-hectare sugarcane plantation from HAGL JSC, with the $100 million deal expected to close in October. The mill will start operations in December and production at the plantation is expected to increase five-fold, with one third of output shipped to Europe in the next five years, said My.

The company is also targeting a 2.5-fold expansion in its Cambodian sugarcane plantation to 20,000 hectares (49,000 acres). The expansion will lower production costs by one-fifth, making Vietnamese sugar products more competitive with imported and black-market sugar products in the country, she said.

Compared to regional rivals such as Thailand, Vietnam’s sugar industry has been hobbled by a lack of scale, said Bui Nguyen Cam Giang, an analyst at Ho Chi Minh City Securities Corp. Giang values TTC Sugar’s total assets next year at $327 million and has an ‘underperform’ rating on the company.

The group is also seeking to boost TTC Sugar’s foreign ownership to 35 percent from 11 percent during the first quarter of next year, said CEO Chuyen.

Although it hosts over 70 companies from neighboring Southeast Asia countries on its stock exchange, Singapore has yet to have a listing from a Vietnam-domiciled company. VietJet Aviation Joint Stock Co., Vietnam’s only private airline, has said it plans an overseas listing in either Singapore or Hong Kong after its initial public offering this year.