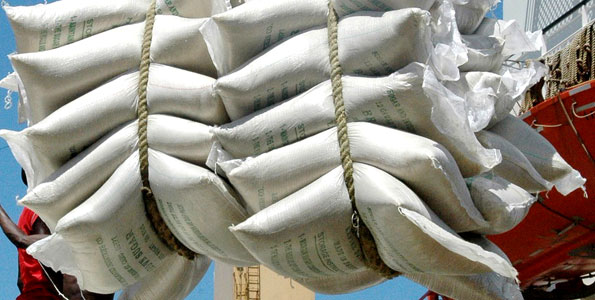 USDA announced today that it is allowing an extra 200,000 short tons of cane sugar imports to satisfy the demand of food companies that are shunning beet sugar because it is produced mostly from genetically modified seeds.

“USDA recognizes that America’s beet sugar producers have made significant investments in a strong 2016 crop, but they continue to face uncertainty,” USDA said in a release. “Based on the projections in the May 10, 2016, World Agricultural Supply and Demand Estimates (WASDE) report, USDA took this action as required by the Farm Bill in order to maintain an adequate sugar supply in an uncertain market. This uncertainty is in part due to inaction on GE labeling legislation and lack of consumer information about genetic technology.”

Agriculture Secretary Tom Vilsack foreshadowed the move to import more cane sugar – none of which comes from biotech seeds – in a recent interview with Agri-Pulse.

“Talk to the sugarbeet growers in the northern part of our country … and they will tell you they don’t understand why their product is not selling,” Vilsack said. “Well, part of the reason it’s not selling is they are GMO beets, and now some companies have made the decision to transition to cane sugar.”

Sugarbeet farmers are so entwined with biotech that the American Sugarbeet Growers Association’s website has a link to the industry-sponsored resource, “GMO Answers,” and Monsanto is a sponsor of the group’s site.

The uncertainty of how Congress will handle the GMO labeling situation is making it tough for beet farmers as several states move toward implementing GMO-labeling laws. Vermont is expected to be the first, with its law is scheduled to go into effect July 1.

The House has passed a bill to preempt state GMO labeling, but the Senate has not acted.

The Sweetener Users Association, which represents a number of large candy companies and other businesses using large amounts of sugar, welcomed USDA’s decision.

“This is an important step forward as part of the agency’s mandate to ensure adequate supplies of sugar at reasonable prices,” SUA said in an e-mailed statement.

“Given the uncertainty in the U.S. sugar market caused by America’s broken sugar policy, U.S. sweetener users will be keeping a close eye on the supply situation over the next few months to assess the need for additional imports,” the group said.