US-Mexico sugar trade pact under scrutiny amidst challenge by refiners 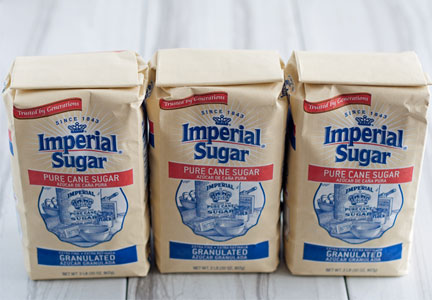 A US-Mexico sugar trade deal signed just under two years ago may not be working as intended, the US Department of Commerce said recently after conducting a months-long review.

The preliminary results of the Commerce Department’s administrative reviews of two agreements with Mexico intended to suspend US antidumping and countervailing duties on Mexican sugar indicate that the so-called suspension agreements are not functioning as intended.

The United States and Mexico hammered out the trade deal in 2014 to end a months-long probe of cheap, subsidized sugar that the US government decided was harming the American market. The review was requested by US sugar companies in October asking the deal be terminated.

The findings could be a blow to Mexico, which ships the bulk of its exportable surplus to its northern neighbour. The 11-million-tonne US sugar market is heavily protected through price supports and import quotas.

The suspension agreements require that at least 47 percent of Mexican sugar exports must be raw sugar for further refining, while no more than 53 percent of Mexican exports can be refined sugar. It defines raw sugar as anything below a polarity reading of 99.5 percent, which leaves Mexico free to sell sugar that is below that cutoff but can be used instead of refined sugar, sources said.

The Mexican Sugar Chamber, representing interests of Mexican sugar exporters, and Imperial Sugar Company — a US sugar producer and refiner – in early December exchanged fire in separate letters to Commerce Secretary Penny Pritzker over the functioning and renegotiation of the sugar suspension agreements between the US and Mexico.

Imperial delivered its letter to Pritzker on December 5, broadly charging that Mexican sugar exporters were violating the two 2014 deals to suspend antidumping and countervailing duty orders against Mexican sugar. Violation of the agreements is resulting in injury to the domestic US industry, Imperial charged, while also accusing the Mexican government of negotiating modifications to the agreements in bad faith.

The Mexican Sugar Chamber shot back in a December 8 letter to Pritzker, slamming Imperial’s correspondence as “replete with mischaracterizations and misinformation,” and wishing to “set the record straight.”

Imperial in its letter called for the suspension agreements to be terminated if negotiations between the US and Mexico do not yield a suitable outcome by December. 9. Negotiations to modify the agreements have been ongoing since the summer, but have dragged on as of late, according to some in the sugar industry.

Imperial, citing data from the US Department of Agriculture over the past three years, says that exports of refined sugar from Mexico are increasing while the supply of raw sugar from Mexico has decreased, despite the suspension agreements. This results in a glut of refined sugar in the US, endangering workers in that sector, while also putting raw sugar producers in a tough spot due to the demand for their product being cut into by Mexican supplies.

But the Mexican Sugar Chamber, citing data over the same timeframe from the Mexican Department of Agriculture, charges that the “flow of refined sugar has been drastically reduced” due to the suspension agreements.

The chamber also accused Imperial and “other cane refiners” of using the renegotiation of the agreements to regain “the commercial advantages that were lost by using the Agreements as a mechanism to prevent US companies with newer and non-traditional refining technologies – in particular ‘melt houses’ – from having access to raw sugar, because they view the melt houses as competitors.”

“Quite simply, the Mexican industry is attempting to use its preferred market position granted by these agreements to drive the US cane sugar refiners out of business,” Imperial claims.

However, the Mexican Sugar Chamber in its letter charges that “contrary to Imperial’s assertions, Mexico shipped only 610,982 [short tonnes raw value, STRV] of refined sugar during the first year of the Agreements and even less during the second year at 565,502 STRV.”

“These volumes represent around 5% of the total US use of sugar; the ITC found that that such a small amount of refined sugar that the Agreements allow to be exported is too minor to have a material impact on US market conditions,” the chamber continues, referring to the original US International Trade Commission investigation in the sugar fight.

The chamber also contested the claim that US cane refiners are suffering from a shortage of raw sugar supply, arguing that the agreements have resulted in more raw sugar access to US refiners, citing data from the Mexican Department of Agriculture.