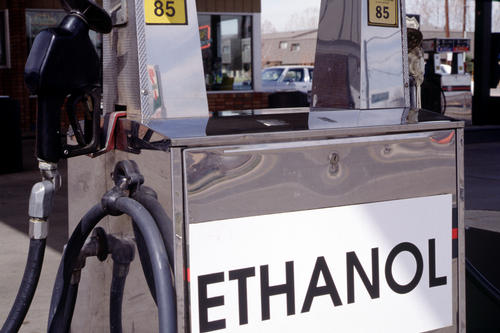 In Illinois, new research at the Integrated Bioprocessing Research Laboratory (IBRL) on the University of Illinois Urbana-Champaign campus could significantly change ethanol production by lowering operating costs and simplifying the dry grind process.

“There are currently more than 200 dry grind plants that are processing corn to produce ethanol,” says Vijay Singh, director of IBRL and a professor in agricultural and biological engineering. “The dry grind process requires two different enzymes to convert corn starch to glucose, which is further fermented to ethanol by yeast.”

Singh says that process has been simplified by combined use and optimization of three new technologies. “A new corn developed by transgenic technology, known as amylase corn, produces one of these enzymes in the grain itself, and a newly engineered ‘superior yeast’ provides the second enzyme, as well as fermenting the glucose.

“There is a high expression level of the first enzyme, á-amylase, in the new corn, so only a small amount [15 percent was tested in these studies] of this corn is required to be mixed with conventional dent corn,” Singh notes. “The superior yeast provides the second enzyme, glucoamylase, and also provides an alternate metabolic pathway to reduce by-product formation during fermentation. Combined use of this corn and superior yeast can reduce the total enzyme addition by more than 80 percent.”

Another approach to improve the dry grind process is to use high solids in the plant. However, according to Singh, high solid concentrations leads to high ethanol build-up in the tank. “High ethanol affects the yeast viability and inhibits its fermentation performance, so we have added a third technology to the process. We remove the ethanol as it is being produced, using a vacuum flashing process that is patented technology from the University of Illinois. Only a couple of vacuum cycles of 1 to 1.5 hours can bring the ethanol concentration below the inhibitory levels without affecting yeast health and allow complete fermentation of corn solids up to 40 percent,” says Singh.