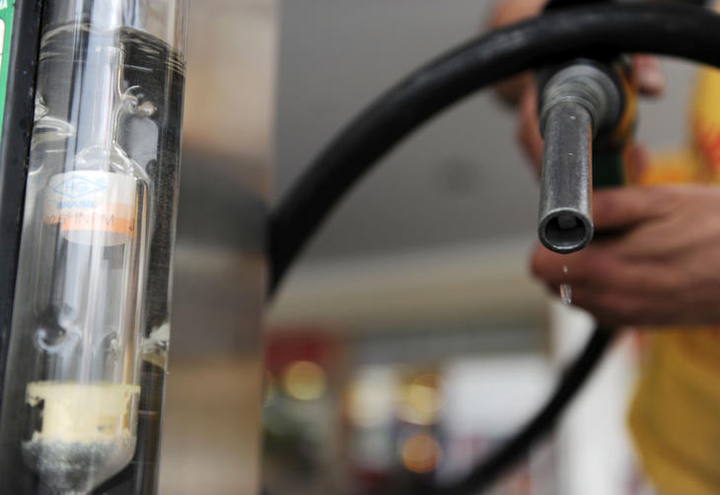 U.S. ethanol producers pumped out the biofuel at a record pace last week, but higher output belies growing concern in the industry that policy changes in the United States and China could upend demand for their product.

The ethanol industry in the United States has grown dramatically over the last decade as the biofuel volumes Washington required oil firms to blend into gasoline and diesel rose toward targets set by Congress in 2007. Demand for ethanol from China, Brazil and Mexico gave added momentum to industry expansion.

U.S. ethanol producers pumped at a record 1.06 million barrels per day (bpd) last week, up over 10.5 percent on the year, according to the U.S. Energy Information Administration.

For some in the industry it is time to slow down. Inventories are at a nine-month high, consumption of gasoline is at a seasonal low and the impact of domestic and international policy is clouding the ethanol demand outlook.

During the past two weeks, ethanol production margins have turned negative, according to data from Iowa State University, after staying positive for a year. Ethanol and corn futures indicate weak margins ahead.

“People need to slow down; margins aren’t good. We’re oversupplied. We have record production week after week during a time of seasonally low demand,” said Neil Shah, a trader with Biourja Trading LLC in Houston.

To be sure, margins are typically at their worst during the first quarter, and many companies hedged when prices were strong in December.

It is unclear what President Donald Trump’s team plans for biofuels. The acrimonious debate over the federal biofuel mandate pits two of his core support bases against each other – Big Oil and Big Corn. Oil firms complain the program drives up gasoline prices, while the corn industry has lobbied hard for a program that consumes millions of tonnes a year of the grain to produce ethanol.

“It’s not like we’re getting ready to jump off the grain bin or anything, but is there a little bit of concern? Yeah,” said Monte Shaw, executive director of the Iowa Renewable Fuels Association.

“I’m still optimistic about the Trump administration, but I’m not going to lie and say there aren’t people out here asking questions.”

Trump has voiced support for the ethanol industry and the biofuels program, which has brought jobs to the Midwest. He has also installed critics of the program in key roles within his administration.

A worst-case scenario for biofuels would be if the Environmental Protection Agency (EPA) lowered domestic biofuel use requirements.

That would leave ethanol makers idling plants and stem investment in advanced renewables made of plant waste. The purpose of the U.S. Renewable Fuel Standard, enacted by former President George W. Bush, was to drive innovation and commercial use of these fuels.

Trump’s controversial pick to head the EPA, climate-change skeptic Scott Pruitt, has described the program as flawed. In Senate hearings last month, he said he would follow Congress’ guidance on the plan.

The ethanol export euphoria of 2016 has been undercut by taxes on imports imposed by China in January, choking off a potentially huge future growth market.

In the first 11 months of 2016, China was the third-largest U.S. ethanol buyer, taking 179 million gallons or just under a fifth of international shipments. Before the ban, U.S. traders had expected China to buy as much as 200 million gallons in 2017.

Trump’s hawkish stance on foreign trade has prompted concern that a trade war could hurt ethanol exports to other markets such as Mexico.