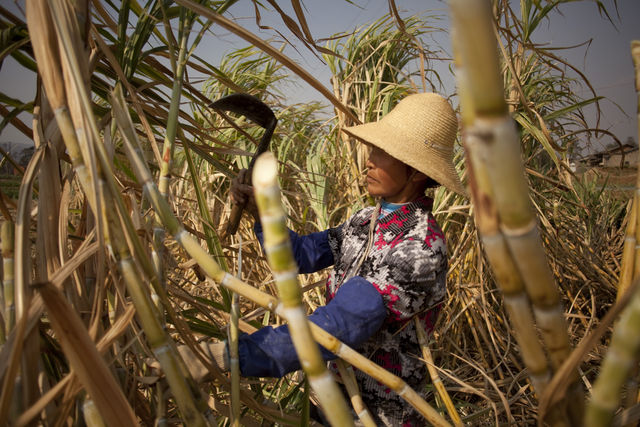 Heat and drought caused by one of the worst El Niño weather events in six decades have taken their toll in Thailand’s sugar cane fields, where plants have died or withered, reducing the sugar that can be extracted.

“We were expecting to produce more sugar from the cane than last year, but the drought affected both quality and quantity of sugar cane,” Somsak Jantararoungtong, secretary general at the nation’s Office of the Cane and Sugar Board, told The Wall Street Journal.

Mr. Somsak estimated the sugar cane Thailand was still able to grow will yield about 3% less sugar this harvest season than last. The harvest in Thailand runs from around November through April. The Southeast Asian nation’s sugar output will be between 9.5 million and 9.6 million metric tons, less than that of the 2014-2015 season, he said, roughly a 14% drop.

Raw sugar prices have been climbing, last trading at 17.52 cents per pound Friday on ICE Futures Exchange—the highest level since July 2014. The market was closed Monday for a public holiday. In addition to Thailand’s drought, rains are threatening sugar production in Brazil, the world’s largest sugar exporter. Meanwhile, another major sugar exporter—India—expects its sugar cane production to be down because of unusually hot and dry weather conditions.
This is expected to result in demand in the global marketing year ending this coming Sept. 30 outstripping new supply, which analysts says will continue to put pressure on prices.

“The heat will really be felt in next year’s crop season,” said Claudiu Covrig, a senior agricultural analyst at Platts. A smaller crop in Thailand coupled with “reductions world-wide and increasing consumption” will lead to a number of deficits impacting prices, he added.

Thai raw sugar at the last state-run auction by the Thai Cane and Sugar Corp. in early May sold for 1.37 cents above the ICE Futures price.

Market estimates for the Thai sugar cane season vary. The local attaché of the U.S. Department of Agriculture expects production of 9.7 million tons.

While the outlook for this year might not be as good as some hoped, Mr. Somsak is more upbeat about next season because of recent rains in sugar-growing regions in Thailand.

Thai authorities had feared about 20% of sugar cane that is “ratooned”–a type of harvesting that leaves the roots and lower part of the plant uncut—would be lost due to drought, but conditions have improved, he said.

“Luckily there has been rain in many areas, and the sugar cane that was about to die has been revived,” Mr. Somsak he said.

“However, everything depends on the rainfall,” he said.