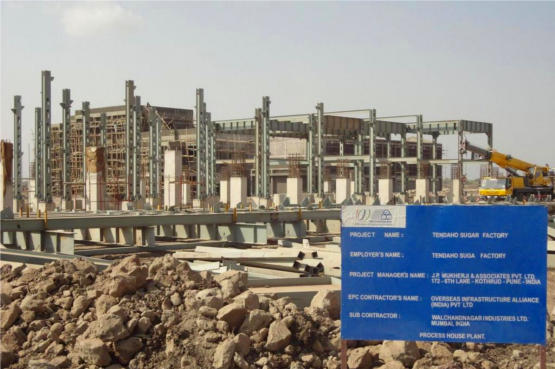 Given the large investments in the sugar industry in Ethiopia , the country’s sugar production is estimated at 1.58 million tonnes for mid-2015 , according to WIC – Walta Information Center . This value is equivalent to five times the total produced in the last harvest , and this is only 70 % of what is being designed by GTB – Growth and Transformation Plan of the country . According to the GTP , after completion of the projects , 2.25 million tons of sugar per year will be produced .
Among the projects is the first phase of Tendaho Sugar Factory , which have a capacity to crush 13,000 tonnes of sugarcane per day, is scheduled to begin production later this month. It is estimated that when the plant is running at capacity , will produce 26,000 tons of cane sugar, making it the largest plant of Ethiopia , according to WIC .
Beside Tendaho , is Kuraz I Sugar Factory , as already reported by JornalCana ​​, with the capacity to produce over 1.9 million tons of sugar annually and crushing capacity of 12 tons of cane.
The Kessem Sugar Factory is to be completed soon and will have capacity to produce 260 000 tons of sugar per year .