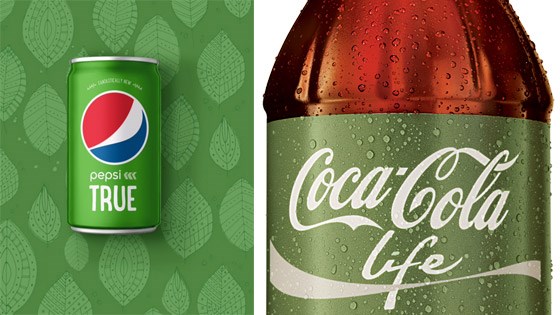 PepsiCo., Global soft drink giant, has launched Pepsi True, using sugar and stevia, in an attempt to increase sales of low-calorie soft drinks, according to release from the company itself.
Using sugar and stevia, the new drink contains 30% less sugar than regular Pepsi, but with no added artificial sweeteners or corn syrup, besides being one of the first brands to use stevia, a sweetener from a plant native of Paraguay as main ingredient.
Coca–Cola, meanwhile, is also launching a line of low calorie process, also sweetened with sugar and stevia, called Coca–Cola Life, a soda that has 35% less calories than the regular one.
The stevia was approved by the American regulator, the Food and Drug Administration, nearly six years ago, and since it comes from a plant and has no calories, it ended up as a winner in the fight against obesity, so that the sweetener now is being used in everything from water, energy bars, sweets, biscuits and yoghurts.
However, stevia can be difficult to work with by having a bitter taste, and it took some time for the beverage manufacturers, so they are including sugar which remain in the formula to maintain a familiar sweet flavor.