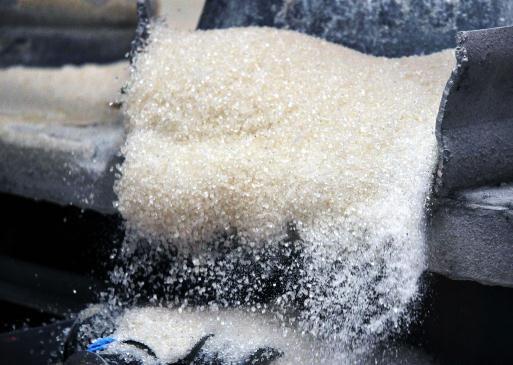 Raw sugar futures on ICE turned lower on Monday, dipping after Friday’s session saw the sweetener come within sight of a four-year peak. March raws were down 0.25 cent, or 1 percent, to 23.17 cents per lb at 1148 GMT. Dealers said a relatively unchanged long position taken by speculators in raw sugar might be weighing on prices.

Speculators cut their raw sugar net long stance on ICE Futures US by 859 lots from a record high of 290,986 lots in the week to October 4, US Commodity Futures Trading Commission data showed on Friday. “People may just be a little giddy from the fact that the Commitment of Traders report stayed almost unchanged,” one sugar analyst in London said. “They may find that a little heavy (bearish).”

December whites also turned lower, down $3.60, or 0.6 percent, to $595.10 per tonne. Cocoa futures slipped as the market digested news of a slow start to port arrivals in top producer Ivory Coast. Cocoa arrivals at ports in top grower Ivory Coast reached about 41,000 tonnes by October 9 since the October 1 start of the season, exporters estimated on Monday, down 44 percent from 73,000 tonnes over the same period last season.

Dealers said a lower number had been anticipated after arrivals were halted for several days because many buyers had been temporarily blocked out of a booking system. March London cocoa was down 9 pounds, or 0.4 percent, to 2,227 pounds per tonne while December New York cocoa fell $23, or 0.8 percent to $2,762 a tonne. Arabica coffee futures rose for the second straight session with December up 0.8 cent, or 0.5 percent, at $1.4880 per lb.