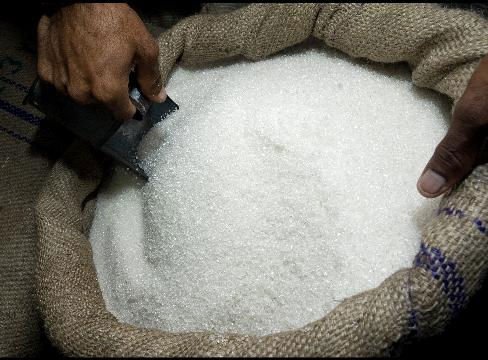 A rally that took raw sugar prices to a more than four-year high in late 2016 is expected to run out of steam this year as Brazil’s main producing region looked set for record output that will reduce a world supply deficit, a Reuters poll showed.

The deficit will disappear in the upcoming 2017/18 crop year, according to the median estimate from Reuters’ poll of 18 traders, analysts and industry experts, as last year’s rally in prices raises production expectations. The global market shifted to a deficit last year after half a decade of surplus production.

Brazil’s bumper crop may cap further gains in benchmark raw sugar prices on ICE Futures U.S., which were expected to be little changed at 21 cents per lb by the end of the first quarter, according to the median estimate.

Those surveyed pegged the price at 21.25 cents by the end of the year, up 1 percent from current levels. Prices touched a more than four-year peak near 24 cents in October.

Millers in Brazil’s main center-south region will direct more than 47 percent of their cane crop to sugar output in the 2017/18 harvest, which begins in April, according to the poll.

That would be the most of the crop they have dedicated to the sweetener since the 2012/13 season, according to cane industry data. Brazil’s millers can produce sugar or ethanol from their cane.

The median estimate put Brazil’s center-south sugar production at more than 35 million tonnes next season, surpassing the record reached in the harvest that just ended.

That will depend on the amount of sugar produced in the European Union this year as government restrictions on production have been abolished, the traders said.

The median estimate pegged a world shifting to a balanced market in 2017/18 from a deficit of 5 million tonnes in the current crop year through the end of September.

The responses showed a wide spread of expectations on supply and demand as well as prices.

“If everything goes according to schedule, prices will chop around here,” said Michael McDougall, director of commodities for Societe Generale in New York.

“But we are looking at (production) improvements in Europe, Thailand and India, to name a few, in reaction to the higher prices,” he added. “But weather is the big unknown.”

Whether India, the world’s top consumer, needs to import this year will be a major factor in demand, most respondents agreed.

Another will be the strength of the U.S. dollar, which last year boosted Brazilian mills’ production of sugar by making the greenback-traded commodity more valuable in local currency terms.
Source: Reuters