“Petrobras wants to work together with the ethanol” 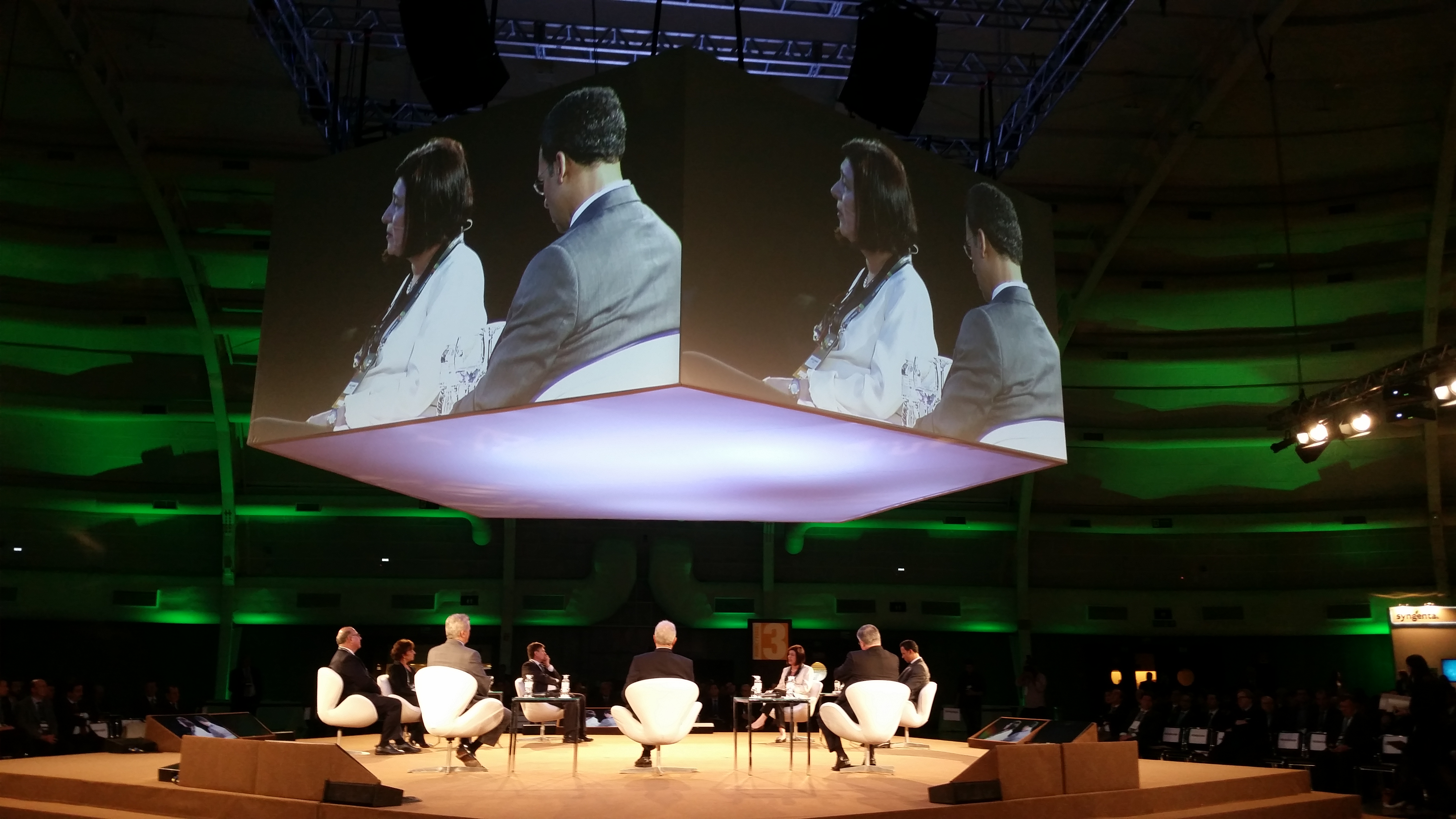 Petrobras, which is already a partner in sugar and ethanol units with three groups, promises to expand relations with the sugarcane industry.

“We have to work together in the coming years”, said on Monday afternoon (06/07) the president of Petrobras, Ademir Bendine, during the opening of Ethanol Summit in São Paulo.

According Bendine, the partnership has begun with the Brazilian Sugarcane Industry Association (Unica) in discussions on “the question of infrastructure and logistics, about the best model to be implemented.” He recalled that Petrobras has forecast of US$ 130 billion of investments “and we have to know how to do this, focusing on operation and oil refining, but we don’t want to keep the external dependence of refining.”

“For us, ethanol is the key to reducing this growing dependence of refining”, he said.

During the event, Bendine noted that “there is an evil dogma established that ethanol competes with the oil industry, because it is of fundamental importance.”

“For the next five years, even with the retraction of the internal market, there is growth and the sector guard dependency on oil industry in its pricing policy. We are leaving for new model of the company, with more transparency and independence to manage the company with market principles. The Board of Directors is independent. And I want to reaffirm that the pricing policy follows the market dictates. Now there is low demand, but possible correction will come in the needs, so that also the industries practice prices. ”

“I want to state here that BNDES has shown and reaffirms its long-term commitment to the sugarcane industry”, said Julio Cesar Maciel Ramundo, representative of the institution at the opening of Ethanol Summit.

“For over ten years, BNDES lives partnership that is almost a wedding, with times of trouble, but who can overcome with dialogue. During this period, BNDES has allocated more than R$ 53 billion for the sector, which is a testament of the phases which we live. Since 2005, we experienced investment phase, with very large expansion of installed capacity in Brazil. We were bowled over by the crisis of 2008. At that time, there were very great partnership and thank ordered action in time that many believed in the death of the industry at its peak, were renegotiated financing of R$ 15 billion in quiet work that few know of intensity at that point. ”

“Brazil has to take the forefront in the global transportation network, which is the role of ethanol, and we always believe that. And in a few time, Brazil managed in four years practically equal in production capacity which the US did in ten years. Of course we have long way to go. The pursuit of innovation is resilience.”