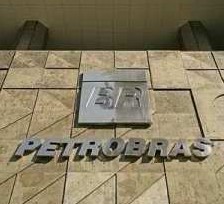 State-controlled Petrobras will receive 24 million new São Martinho shares as payment for the stake. Petrobras said in the filing that it will attribute a $133 million value to the deal.

The 24 million shares São Martinho is going to issue are equivalent to 6.6 percent of its capital. The shares will not be subject to a lock-up period and Petrobras can sell them later in a structured process, the oil company said.

Reuters reported on Wednesday that the companies would sign the agreement on Thursday, valuing the stake at up to 500 million reais ($148 million).

The sale is one of the five ongoing transactions that Brazil’s federal auditing court did not prohibit Petrobras from doing in a recent decision that halted an asset-sale process. Petrobras has set a two-year goal of selling $15.1 billion in assets by the end of this year despite the court’s prohibition.

São Martinho´s new issuance to pay for the deal may help extend a 17 percent decline in the sugar and ethanol producer´s shares over the last two months. The company’s shares fell 0.12 percent on Thursday to 16.80 reais.

As the controlling shareholder in the joint venture, São Martinho had the right of first refusal when Petrobras decided to sell its minority stake.

The Nova Fronteira transaction marks another step in Petrobras’ efforts to get out of the biofuels industry, which for years has soaked up enormous amounts of capital spending and was hurt by government price controls.

Petrobras has stakes in eight other sugar and ethanol plants in Brazil besides the one sold on Thursday. The oil company is also discussing the sale of a combined 45 percent stake in seven mills controlled by sugar producer Tereos SA.

Petrobras preferred shares shed 4.6 percent on Thursday to 14.74 reais. But Petrobras shares accumulated a 122 percent gain this year with the company’s overhaul under CEO Pedro Parente, who took the helm in June.