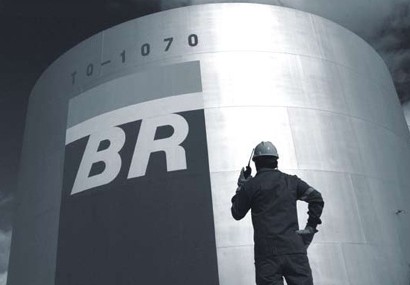 Petroleo Brasileiro SA hired Banco Itau BBA SA to advise on the sale of its 45.9 percent stake in sugar-cane company Guarani SA, according to three people with direct knowledge of the matter.

The front-runner is Tereos International SA, the Brazilian company that already owns 54.1 percent of Guarani, the people said, asking not to be identified because the discussions are private. Tereos is working with Banco do Brasil SA as an adviser, the people said. The deal may be concluded this year, one of the people said.

Petrobras, the most indebted oil company, is selling all its biofuel assets, the Rio de Janeiro-based company said Sept. 19, as part of its plan to reduce debt and focus on oil production. The company sold almost $10 billion in assets this year. Petrobras will meet its $15.1 billion target by the end of December, Chief Executive Officer Pedro Parente said on Oct. 7. Ethanol is produced from sugar-cane and commonly used as fuel in Brazil.

Petrobras, Tereos, Itau BBA and Banco do Brasil declined to comment on the Guarani stake.

Guarani, one of the biggest Brazilian sugar-cane companies, has seven mills in Sao Paulo state with a combined capacity to crush 21.5 million tons of sugar-cane a season. That’s an increase of about 20 percent compared with 2010, when Petrobras made its first capital injection. Since then, Guarani has quadrupled its capacity to produce electricity using bagasse, a sugar-cane residue.

Petrobras has more than 30 projects worth about $40 billion that it is marketing to potential buyers, CEO Parente said Oct. 10.