Petrobras invests and gets 46% of the Guarani sugar mills’ company

Petrobras Biocombustívels (PBio), a subsidiary of the Brazilian state oil company, paid  R$ 268 million for  sugarcane company Guarani last January 5th. The information was confirmed by the spokesperson for Petrobras to JornalCana ​​Portal.

With this payment, the subsidiary  now holds a 45.9% stake in Guarani. The remaining 54.1% continues with the French Tereos Internacional.

PBio’s investment program for Guarani integrates the agreement signed in 2010 by Tereos and Petrobras in relation to the assets of Guarani and foresaw a gradual increase in participation by the company over time, depending on the implementation of some investments.

The total investment of Petrobras would be of  R $ 1.611 billion, adjusted for inflation, Tereos said at the time.

The deposit of  R$ 268 million comes at a time when the Brazilian state oil firm deals with the biggest debt among companies in the oil sector and is trying to overcome a corruption scandal. 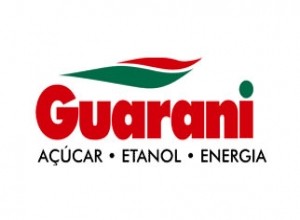 Guarani has seven plants of sugarcane in the state of São Paulo. The facilities have combined production capacity of 1.73 million tons of sugar and 903 million liters of ethanol per year.

In the season 2015/16,  the company controlled by  French Tereos announced to have crushed 19.7 million tons of sugarcane.