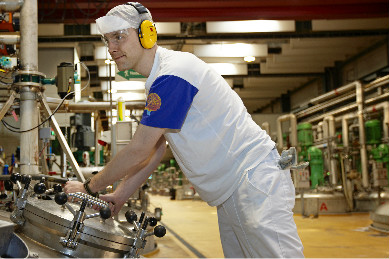 Novozymes the world’s biggest maker of enzymes for biofuels, has produced an additive that may lower the price of producing ethanol from natural waste products. They claim to have developed a cutting-edge enzyme which decreases costs and increases yields in production of advanced biofuels from agricultural residues and waste.

The enzyme, called Cellic® CTec3, enables cost-efficient conversion of biomass to ethanol and performs 1.5 times better than Novozymes’ previous market-leading product. With the new enzyme biofuel producers need only one-fifth of the enzyme dose compared to competing enzymes. It allows the cost of producing ethanol from biomass to approach the level of corn ethanol and gasoline.

“The first plants start commercial production of advanced biofuels this year,” says Novozymes’ CEO Steen Riisgaard. Among the first-movers are M&G and Fiberight. The second one will open a plant later this year in Lawrenceville, Virginia, that will use CTec3 enzymes to produce about 6 million gallons annually.