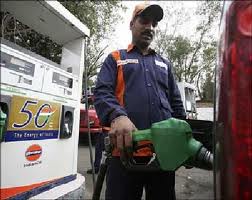 Sugar mills recorded the highest ever production of ethanol of more than 110 crore litres during 2015-16 crop year, over 50% more than what was produced during the previous year.

According to food ministry officials, this resulted in achieving 4.4% ethanol blending in petrol, which was almost double of 2014-15. Government has set a target of increasing this blending of ethanol in petrol to 10% in its bid to reduce import of crude oil. Ethanol is produced from sugarcane molasses. Blending of ethanol in petrol helps in saving fuel, and consequently foreign exchange.

“During 2014-15 crop year, a total of about 68 crore litres of ethanol was produced and in the previous year it was only 37 crore litres. During last crop year, we, in association with the petroleum ministry, developed a national grid to improve the supply of ethanol to oil marketing companies. Sugar mills close to the oil depots linked,” said a food ministry official. In November 2012, the UPA Cabinet had approved 5% mandatory blending of ethanol with petrol, which was notified by the Centre under the Motor Spirits Act in January 2013. Oil companies had to record this target by June 2013.

Earlier this year, Union petroleum minister Dharmendra Pradhan had said that it was found that blending can be raised up to 15-20% for both ethanol in petrol and biodiesel without a major change in existing car engines.

Sources said during this sugar season the ethanol production may be less than the achievement of last crop year due to less sugarcane production in Maharashtra.