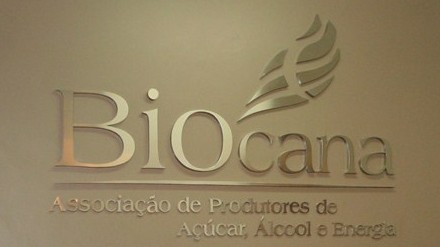 The main representative body of entrepreneurs producers of sugar, ethanol and energy located in northwestern São Paulo, the Biocana pass recently by a physical and administrative restructuring. After 10 years, the executive, Leila Alencar Monteiro de Souza, who chaired the Association for three terms, left in April, the strategic activities to work in another sector. Currently, the professional is heading Corporate Communications of Paranapanema SA, copper industry giant, the largest non-integrated producer of refined copper, rods, drawn wire, laminate, bars, pipes, fittings and their alloys. The company is responsible for 100% of the copper volume produced in the country. The company has four manufacturing plants, being a producer of refined copper (or primary copper) located in Dias d’Ávila (BA) and three copper products and its alloys – two in Santo André (SP) and one in Serra (ES ). The logistics of distribution is carried out by the subsidiary CDPC – Distribution Center of Copper Products – with units in Bahia and Rio de Janeiro.

According to Leila, the change occurred at a time whose the sugarcane industry undergoes major changes. “In the last years, the economic recession severely affected many plants and the number of associated companies decreased. The industries had to bear the high costs of production; the margins were extremely tight and ethanol was not competitive showing because the price of gasoline, kept ‘artificially’ long. In addition, it rained a little rain in the last harvest, a fact that hindered productivity in the field. All this, combined with the absence of a public policy for medium and long term for the sector, it provoked some ruptures in the cash of good part of the mills in the country. Many jobs have been lost; companies were closed and, in general, other sectors, such as basic industry, were also strongly affected. Now the time for many companies is to adapt to the new scenario and also a new beginning, perhaps in a consolidated way “, says Leila.

On the other hand, the ex-president highlights the important achievements made throughout the work ahead of Biocana. “When I arrived in Catanduva, I noticed a picture quite ‘scratched’ of the sector, seen by a portion of society as welfare. Demystify this, we approach our peers, of the communities, the environment and the industry has become a partner of society as a whole, widely recognized as a generator of jobs, taxes, and active in sustainable development processes. That was very satisfying. I understand that during the time I was in charge of this project, always supported.”

The mills that made up the Biocana and a competent team, left a legacy that was a building of a new consolidated image with practical actions; We participate actively in education with the establishment of a center of UFSCar for MTA implementation, specialization course in management of sugarcane industrial production, implementing the Future Young Farmer Program, in partnership with Senar and Rural Union, acting in the health area with donations to the hospital Father Albino, infrastructure, environment, among other important actions that contributed so much to the development of regional society “, she said.

She adds: “It was a great learning period; time that I could deeply know the production chain and peers. Today, my wish is that the sugarcane industry recovers as soon as possible and resume the path of growth, because the sugarcane industry is very important for the country and its energy matrix, given its potential to produce clean and renewable energy, as well its extensive social and environmental contribution. I have a huge affection for this industry where I made great personal and professional friends. Entrepreneurs, colleagues of the press, authorities and partner companies, workgroups, and here it is special thanks to Gerhai and the other study groups that both contribute to the differentiation of the sugar cane industry, I leave my thanks. That’s life: Closes a cycle, starts another “, she concludes.

With the restructuring of Biocana, businessman Gilberto Colombo, took the presidency and also the headquarters of the Association that is at a new address: 446, April 21 Street, Edifício Minas Center, 7th floor, room 78, in Catanduva, SP.