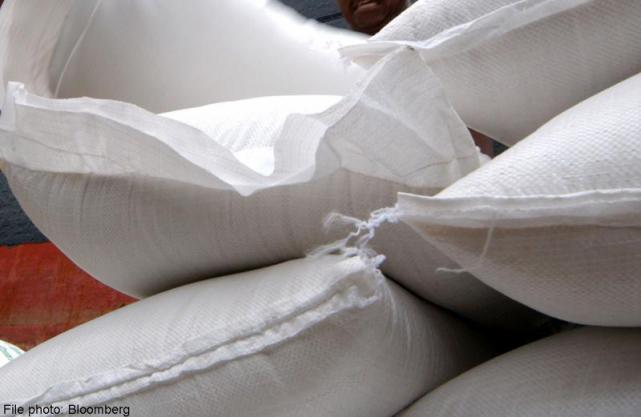 Egyptian Supply Minister Mohamed Ali El-Sheikh set the price of sugar at government’s selling points at EGP6(US$0.6757) per kg following a spike in domestic prices due to a sugar shortage.

Recently the price per kilo has shot up to EGP11 ($1.24) in some areas due to the shortage, according to local press reports. Two months ago, 1 kg of sugar cost EGP5.

Waleed al-Shaikh, head of the General Grocers’ Syndicate, said that the situation is worsening because officials refuse to cooperate with the syndicate and chambers of commerce. Sugar supplies are only about 60% of consumption at present, he said, but the government has the tools to end the monopolisation of sugar distribution if it wishes. He added that his syndicate had asked government officials to allow packaging companies to sell sugar directly to consumers, thereby undermining the monopolies that have driven up prices.

A source at the Supply Ministry said that the main reason for the crisis is that the private sector is not importing enough sugar due to high prices on the international market. He added that the government had attempted to solve the crisis by importing more sugar for sale on the local market. Meanwhile, government vehicles have been visiting various localities across Egypt selling sugar at EGP5 per kilo.

In a press conference held in the cabinet on 15th October, supply minister Mohamed Ali El-Sheikh said that his ministry will continue selling subsidised sugar for EGP 5 per kg within the ration card system, adding that the government subsidises sugar with 80-85 piasters per kg.

According to El-Sheikh, 71 million people (out of the country’s population of 91 million) use the government’s subsidy cards to buy essential food goods.

The ministry said in a statement on 15th October that the decision aims to control prices and regulate the market as well limit smuggling and price manipulation.

According to a source at a private sugar company, the main reason behind the decline in sugar supply and the associated price hike are the new regulations imposed by the ministry of supply on the distribution of sugar. These have limited the distribution of sugar to the Holding Company for Food Industries only, leaving out hundreds of traders and packaging factories. Further, sugar traders said a shortage was caused by their inability to import due to a dollar crunch and a tariff that was imposed earlier this year which discouraged imports. The tariff has since been lifted.

Supply Minister Mohamed Ali al-Sheikh, who assumed the post in early September, decided to restrict sugar output to the Holding Company for Food Industries, which owns only two distributing companies, the source said. “Distribution used to occur through hundreds of traders and small factories, but the government decided that they are greedy and manipulate prices, so it chose to limit distribution to one entity, which is the Holding Company,” the source added. This has led to a noticeable deficiency in sugar supply as the Holding Company has limited capacity in distribution, thus restricting supply to large chains and food and beverage producer that use sugar as production input, according to the source.

As for the private companies, their production relies on sugar beet, whose production season had ended a few months ago, so their stock is almost depleted, the same source said.

The Supply Ministry’s official spokesperson Mohamed Askar declined to comment on the new method for distributing sugar. Askar only said that a meeting was held between the supply minister and members of the commercial chambers and large commercial chains to address the crisis and that it “will be solved within days.”

The method of distribution is not the only reason behind the crisis, but other factors like the dollar shortage and the global increase in sugar prices have contributed to the problem, prompting private sector companies to stop importing. Egypt is dependent on sugar imports as domestic production is insufficient to meet demand.

The source mentioned that private sector companies could have imported raw sugar and then refined it in order to address supply shortages, however foreign currency shortages presented an obstacle.

In May, the Egyptian government decided to exempt raw sugar importers of customs duty, while fees of EGP900 per tonne were imposed on white sugar exports.

Another factor contributing to the crisis is that one of the major factories refining sugar, affiliated with Savola, switched to exporting all its output of white sugar since the beginning of the year instead of directing it towards the local market due to the dollar crisis. A source from Savola said that exporting the factory’s output is “among the main reasons” behind the crisis as it contributed to the deficiency in supply. “Savola imports raw sugar in dollars, and refines it in its factory,” the source said. “It used to sell part of it in the local market and export the rest, but with the devaluation of the Egyptian pound, the company preferred to export all its output, which is about 450,000 tonnes annually in order to benefit from the global increase in sugar prices.”

The supply ministry has announced several times in recent weeks that it imported large quantities of sugar. It said in a statement on October 11 that current reserves should be enough until February. However, sources from the two private companies said that the crisis could last until the production season in January and February despite attempts to quell it through government imports.