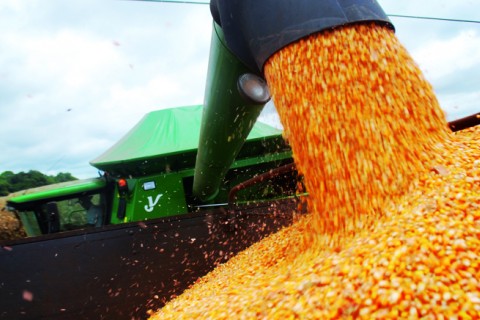 The drought threatens the availability of corn to produce ethanol in Brazil.

Thereis  a  estimated breakdown of  40% in the harvest of the so-called winter crop, or off-season, in the main grain producing states such as Mato Grosso, Mato Grosso do Sul and Goiás.

In a projection revised earlier this month, INTL FCStone consulting  estimated a  production of 49.4 million tons in the winter season.

This amount is down more than 400 thousand tons compared to the May estimate for this harvest.

The next review of the consultancy is scheduled for early July, but, according to market analyst at INTL FC Stone, Ana Luiza Lodi,  it is unlikely that this will be reversed.

“The drought has affected the maize and even off-season rains occurring now, the losses will hardly be reversed,” she says.