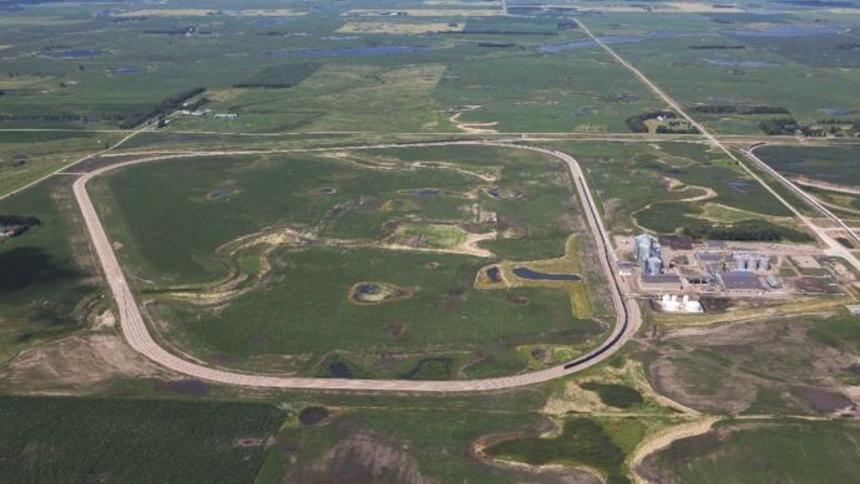 A group of developers has plans to make ethanol from the stalks and leaves of North Dakota corn plants and wheat straw.
New Energy Investors is looking to develop a 13-million gallon, cellulosic ethanol plant at the Spiritwood Industrial Park near Jamestown.

“What attracts us here is we believe North Dakota has good policy to support us. The investment community here seems focused on agricultural products and generating new revenues back to the farm,” said New Energy co-founder and partner Thomas Corle.

Corle said they have had good support from the city of Jamestown as well.

“We certainly want North Dakota to partner in this project with us,” he said.

New Energy plans to get its feedstock from a 50-mile radius, stretching west to Tappen, south to Edgeley, north to Carrington and east to Buffalo.

Corle and his partners started developing the concept for the plant six years ago and formed as a company a year and a half ago. The company is in the pre-development stage. It has already developed the technology; now it’s optimizing the plant’s design for the Jamestown location.

Corle said he and his partners have seen the Jamestown site and believe it has what the plant needs to be successful. The study is to reassure potential investors.

“We don’t foresee any roadblock,” he said.

So far, New Energy has had a lot of investor interest, but no committed investments, according to Corle, who said the company hopes to close on those investments as it moves through the three-month study.

After the study comes permitting and engineering, which is expected to take 12 months to complete.

Corle said a lot of the necessary infrastructure is already in place at the industrial park. New Energy would be built next to Dakota Spirit AgEnergy’s ethanol plant.

“There are a lot of synergies between us,” he said, such as load out capabilities to rail cars.

To make ethanol, New Energy will take about 30 percent of farmers’ crop waste off their fields, leaving the rest for nutrients.

Corle said some farmers may want to leave everything in the field after combining for New Energy to pick up. Others may choose to bale it and leave it roadside. They also have the option to make more money by delivering their crop waste directly to the plant. The company also would pay farmers to rent satellite storage areas to keep feedstock for the plant year round.

Payment for the waste will be on a contract basis with each grower, but, because it is a waste product and not a crop, it’s not contingent on corn prices like typical sales to ethanol plants.

Corle said New Energy is having conversations with area farmers to determine what a fair price may be and what would be profitable for both parties. The plant is expected to generate $15 million in new revenue back to farmers.

“We want to keep the growers happy,” he said.

The plant would employ 40 people on site and contract about 100 more for trucking and services.

About 25 tons of crop waste will go into the facility per hour to make 13 million gallons of ethanol annually. New Energy will also collect lignin, a byproduct, from the walls of the plant, separate it from the sugars extracted from the crop waste and turn it into a biofuel pellet that can be used by coal plants to reduce carbon dioxide emissions, Corle said.

Corle said by creating a 30 percent mix of lignin in with coal at power stations, power companies can reduce carbon emissions 30 percent, extend the life of power station and increase the number of British thermal units generated.

Corle said Jamestown’s access to East and West Coast markets is another plus as the company plans to target states such as California, Washington and Oregon, as well as Canadian provinces, for sale of its ethanol.

After breaking ground, Corle said the plant would take 24 months to build, with commissioning planned for 2019.