Crushing in the Center-South of Brazil will be a record this fortnight, Platts estimates 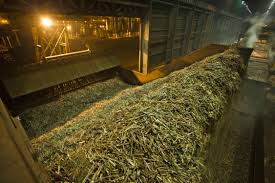 British commodities consultancy  S & P Global Platts announced this week its production estimates for the second half of April to the Center-South of Brazil. The figures anticipate the final data from this period released by Unica fortnightly.

After listening to the market, the British consultancy warned of a possible crushing record in the main sugarcane region of the country. Check out the numbers::

The projection of 36.27 million tonnes for the second half of April exceeds the previous record in the period when 32.14 mi tonnes  were processed in 2013/14.

The commodity production in the Center-South is projected at 1.726 million tons, a record number for sustained commercial advantage over ethanol in recent weeks, says the consultancy.