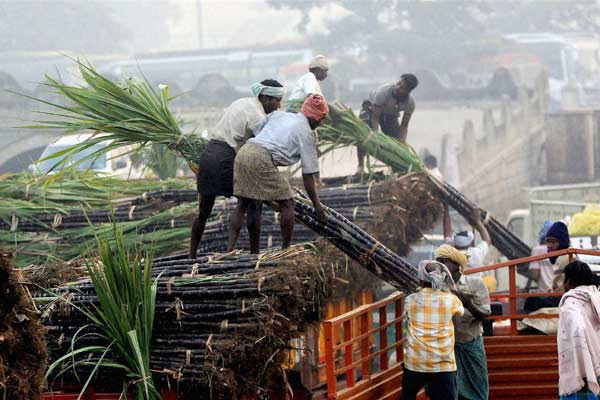 Producers of Sarlahi district in Nepal , were forced to sell their sugarcane harvests to Indian plants for a lower price , since local mills are unable to buy them , according to the online news ekantipur.com from Nepal .
Farmers said that 60 tractors, loaded with cane , go to India on a daily basis , and receive NPR392 ( $ 4.06 ) by an amount equivalent to 60kg , which would be NPR91 ( 0.9 cents ) lower to the same amount , compared to the same period last year . 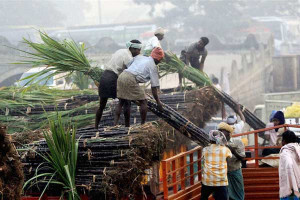 The situation in the sugar sector in the country is facing serious difficulties , there are two sugar mills , the Indu Shankar and Annapurna in Sarlahi . According to reports in the press of the country , hundreds of farmers are lining up in front of these companies to sell their sugarcane, unsuccessfully , day after day.
Farmers said they have no other option but to sell their cane to Indian mills . ” We have no choice , it’s let our crops dry in the fields or sell to the Indian mills to a lower price , since much is lost in transport costs ,” said Ajit Singh , a local farmer to ekantipur.com .
Farmers have complained of the lack of legislation for the sector and that the owners of the mills took advantage of the absence of a base price , and force farmers to sell their crops at cheaper prices .
Meanwhile , production has increased slightly each year . Nepal produced 2.93 million tons of sugarcane in 2012 , from 2.71 million tons in 2011. The land under cane cultivation increased to 64,472 hectares in 2012 from 62,998 hectares in 2011 , according to government data.