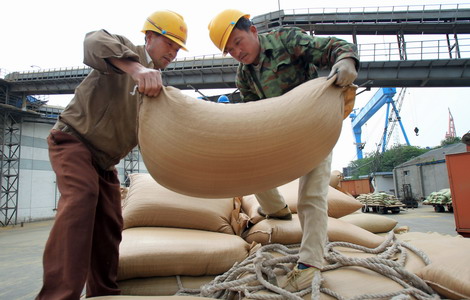 The National Development and Reform Commission did not give comparable figures for last year but a major industry website earlier reported a significant increase in output from the country’s top producing region of Guangxi.

Guangxi, origin of about two-thirds of the country’s sugar cane, had produced 1.35 million tonnes of sugar by the end of December, up 270,000 tonnes, or 25 percent, from last year.

Analysts have forecast a significant jump in China’s sugar output this season, which began in November, thanks to more normal rainfall patterns in the southern sugar cane regions compared with last year.

One of the world’s top sugar importers, sales in the 2016/17 season so far have reached 1.2 million tonnes, added the NDRC.