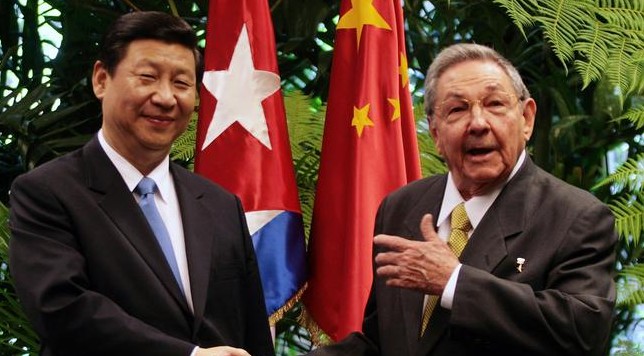 Li Keqiang’s visit to Cuba comes at a time when the country’s other major trading partner, Venezuela, is having domestic problems of its own which has seen it cut back on assistance to Cuba, especially with oil supplies. Li’s visit is expected to focus on boosting economic cooperation in areas ranging from telecommunications to energy.

Today, Cuba produces just four percent of its energy from renewable sources. The government is committed to increase that to 24 percent by 2030, with help from China.

Cuba is now manufacturing around 60-thousand solar panels a year using technology and components provided on credit terms by China. Key Cuban workers are sent there for training and the plan now is to increase production threefold, including installing more automated machines.

This solar panel plant is part of a much larger electronics factory making everything from LED lights to electric cookers. All of the machinery and the components come from China.

The island’s sugar industry will also play a part in helping Cuba reach its renewable energy targets by using the waste left over from sugar cane to fuel biomass power plants to produce electricity.

Construction is about to begin on a 165-million dollar biomass plant in central Cuba. It’s the brainchild of British entrepreneur Andrew Macdonald, whose company Havana Energy Ltd had trouble raising finance for the project because of the U.S. trade embargo, or blockade as they call it. Now, the Chinese multinational Shanghai Electric has become his majority shareholder.

“The blockade with the United States of America creates a lot of problems for financing projects in Cuba. The Chinese don’t have some of the issues which Europe has, therefore China has been very good in coming to work with us,” said Andrew Macdonald, CEO of Havana Energy.

“We have done a lot of work on the Cuban market, and we are believing in brilliant prospects in the Cuban market. That’s why we are here and I am here,” said Chen Zhengyue from Shanghai Electric.

With all its sun and sugar, as well as wind farms, Cuba is confident it can achieve its renewable energy targets.