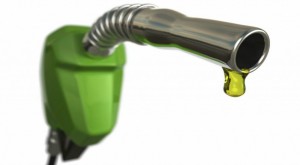 In the wake of a record-producing year for both ethanol and biodiesel in 2016, Iowa biofuels face a number of challenges and opportunities in 2017. That was the consensus of speakers and panel discussions at the annual Iowa Renewable Fuels Summit, held last week in Altoona, on the northeast edge of Des Moines.

The No. 1 question on the minds of the 700 people attending the Jan. 31 meeting was whether President Donald Trump will support biofuels and the Renewable Fuel Standard. The crowd of biofuel industry supporters, uncertain about what to expect from the new president, looked for reasons to be optimistic at the summit. “One year ago, this is where then-candidate Trump pledged his support for biofuels,” noted IRFA Executive Director Monte Shaw.

Trump’s quick action on campaign promises when he assumed office in January (tackling trade policy and immigration issues, and pushing his plan to build a wall along the U.S border with Mexico) is a good sign

the nation’s new chief will follow through on his earlier commitment to support renewable fuels, said Eamonn Byrne, president of IRFA. “Trump is doing what he said he’d do,” noted Byrne. “Maybe not all of us agree on how he’s doing it, how he’s handling these issues. But he’s doing it.”

Since his election, Trump has appointed Cabinet members who favor the oil industry. Trump chose to nominate Scott Pruitt, Oklahoma’s attorney general, to head the Environmental Protection Agency; former Texas Gov. Rick Perry as energy secretary; and Rex Tillerson, former CEO of Exxon Mobil Corp., as secretary of state. This has made many people in the biofuels industry question whether the administration will support the RFS, a federal mandate that requires ethanol and biodiesel to be blended into the nation’s gasoline and diesel fuel supply.

“I hear those questions all the time,” said Bob Dinneen, CEO of the national Renewable Fuels Association, an ethanol advocacy group based in Washington, D.C. “But you have to remember it is not the Perry or Pruitt or Tillerson administration. It’s Donald Trump’s administration, and they understand what the boss wants from his energy program, which he says includes biofuels.”

Iowa Gov. Terry Branstad and Lt. Gov. Kim Reynolds also addressed the IRFA summit last week. Branstad is Trump’s nominee to serve as ambassador to China. Reynolds will become governor if and when Branstad is confirmed by the U.S. Senate and leaves Iowa to go to China. Both touted the benefits of the biofuels industry. Biofuels are produced in the U.S., providing jobs here, and biofuels are environmentally better than burning petroleum fuel to power cars and trucks, said Branstad and Reynolds.

Critical to keep the pressure on
Addressing the summit, Branstad said, “One thing about Donald Trump: He knows who his friends are. Farmers and rural America supported him to a great degree, especially here in Iowa, the heart of ethanol production, that’s important to President Trump. I don’t think it’s something he’ll forget.” Even so, Branstad said it is critical that the biofuel industry continues to remind Trump and the decision-makers and agency leaders in his administration about the economic and environmental importance of ethanol and biodiesel, and the many benefits these homegrown fuels provide.

In their presentations and panel discussions, renewable-fuel leaders debated what some of Trump’s recent proposals would do to the biofuels industry. Shaw said Trump’s proposed 20% tax on imports from Mexico and other nations with which the U.S. has trade deficits, such as China, could harm the ethanol industry. Mexico, China and Canada are strong markets for U.S. ethanol and dried distillers grains, the protein byproduct used for cattle feed.

Branstad believes Trump’s trade policy proposals are designed to bring about negotiations for better trade deals, to close loopholes and clamp down on unfair trade practices now being used by some countries doing business with the U.S. “This is just the beginning of trade renegotiations,” noted Branstad.

Biofuels can benefit from free trade
Shaw also thinks the U.S. renewable fuel industry could benefit from Trump’s drive for fair trade and opening export markets. Shaw noted that the U.S. has to contend with “blatantly illegal” trade barriers imposed by China and the European Union. The biofuel industry could also benefit by Trump’s efforts to reduce federal regulations, he said. “The president says he wants to get rid of stupid regulations. Well, we’re hampered by all kinds of stupid regulations that hurt the ability of U.S. producers to be competitive in a global market,” said Shaw.

“President Trump traveled throughout Iowa during his campaign, and he saw quickly that if you want jobs and you want energy in rural America — that means renewable fuels,” said Shaw. “Looking ahead for the next year or so, the state of the renewable fuels industry is uncertain, but this industry is unrelenting in its efforts to be successful. We are ready to go, to keep producing more of the fuels that U.S. and world consumers want and are demanding. Biofuels are cleaner, they’re cheaper, they’re better, and we can do this. Sure, one of the uncertainties is our new president. But his policy is ‘America First’ and that should be a good thing for ethanol and biodiesel.”

Byrne, CEO of Plymouth Energy, an ethanol plant at Merrill in northwest Iowa, summed up the day’s discussion: “President Trump stood here a year ago and said he supported the RFS and agriculture. Our job over the next 12 months — and this is going to be a tough year — is to hold him accountable to what he said. I believe we can work with this president to get where we need to go. There will be challenges, but where there are challenges, there is opportunity so long as we are ready for the challenge.”

Unrelenting in the face of uncertainty

Concerning federal energy policy and the fate of the Renewable Fuel Standard, Shaw foresees progress going forward, because “one year ago at this very conference, then-candidate Donald Trump pledged to protect and defend the RFS.” Yet, the industry now sees uncertainty in the influence Trump’s Cabinet appointees may have over policy decisions since several have track records opposing the RFS.

Shaw said the industry is bullish regarding the spread of higher ethanol blends becoming available at the pump, with Iowa now boasting 99 registered E15 pumps and well over 200 E85 pumps. Yet uncertainty remains because of the government’s artificial regulatory roadblocks, which continue to complicate summertime E15 sales.

Shaw concluded: “Overall, renewable fuels will continue their unrelenting push for market access and consumer choice. All the Big Oil profits in the world cannot change the fact that ethanol is cheaper, cleaner and higher-octane. We must be unrelenting because America’s farmers are counting on us to create demand for their commodities, and American consumers are counting on us to provide cheaper, cleaner fuels.”
Wallace’s Farm