Arnaldo Jardim gives his opinion about Proer for plants 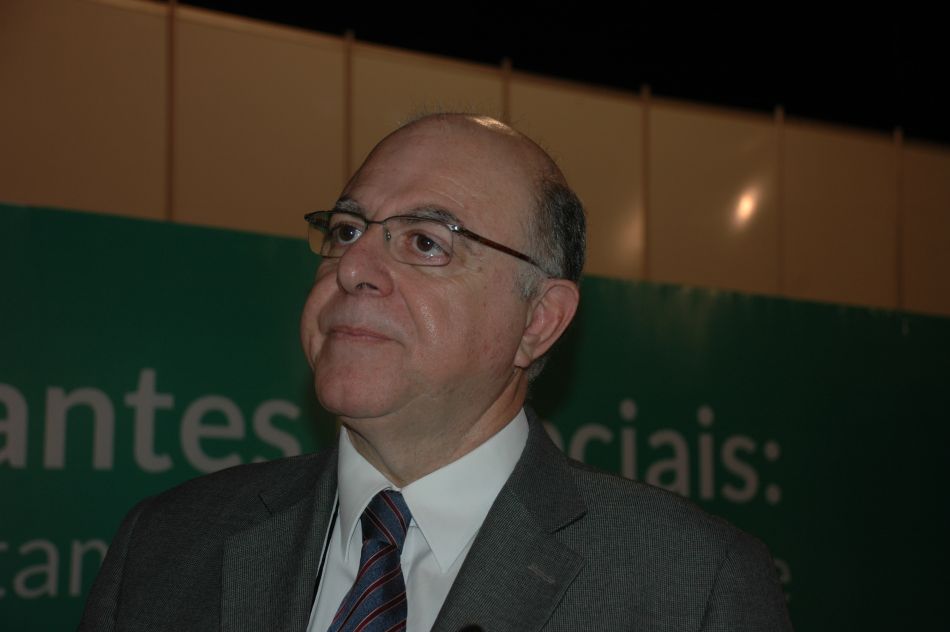 The State Secretary of Agriculture of the State of São Paulo, Arnaldo Jardim, is in favor to a Proer for the sugarcane industry. But not right now. Check out his views in the following interview granted on the morning of Wednesday (15/04), in Ribeirão Preto, during an event of the Association of the Industries of Technology in Vegetable Nutrition (Abisolo).

JornalCana ​​– Do you think this is the moment of sugarcane industry have a kind of Proer, a bank refinancing program in relation to the bank debt?

Arnaldo Jardim – I have no doubt that the industry is in debt. Even with banks. And there is a debt inside the sugarcane chain. There are suppliers with many debts, just like input sellers, who have accounts receivable. So we are in a situation that there are structural debt within the sector and this ends up generating tension in the supply chain. One of the things that always drew, and the Consecana is a demonstration, it is harmony situation. But now we come to a point that has caused very big tensions within the chain. This isn’t good. Now, I don’t think the industry should go in search of a Proer now.

Why would seek this sense, a structural form for the sector when it has an output port. When exists a scenery in if it had closed the equation of the profitability of the sector and then to ask to renegotiate the debt because there would be a new stream and this would point to a future situation. And it not happened yet. Although we have the issue of Cide, although that late it was important, and the question of the mixture (more anhydrous gasoline), which also took a long time but it was important, and gave additional breath at the beginning of this year, we still have no certainty of both insertion of ethanol and bioelectricity in the energy matrix. Until we don’t have a predictable scenario, medium-term, I think just do a process of debt restructuring without the industry is resolved, it would be pushing for something more serious. I think now the energy sector should be to close the equation of bioelectricity, which proved that is a crucial element. In 2014, the companies could operate with profitability (allowed) for this electricity.

From the point of view of the future, we need to consolidate (this equation), ensure the tranquility of the government on the participation of ethanol in the fuel matrix. Then you create a security framework that will enable the sector to have a medium-term perspective.

How the government of the state of São Paulo, which you integrate, can help to improve towards this equation?

First, there are definitions that are national. We (as São Paulo Executive) position ourselves politically pressing and it was important the governor Geraldo Alckmin has integrated the governors committee of the front for ethanol. This front requested an audience with President Dilma Rousseff to discuss the issue. We are waiting.

How is the industry before the federal government?

Federal authorities have shown contradictory gestures. Sometimes a minister or the minister of Agriculture (Katia Abreu) give signs that the sector will be prioritized by the government, and we welcome that, but between that provision and the proper enforcement of orders there is a real distance.

And how the Secretary of Agriculture helps to push the sector?

From the point of view of the Secretariat of Agriculture of São Paulo, we are helping in three basic fronts. First is to help in agricultural productivity, so we will accentuate with the Agronomic Institute in new varieties of sugarcane, and we are very excited about the system of pre-sprouted seedlings. We think it’s important to recover agricultural productivity, which in state of São Paulo, three years ago the productivity was 86 tons of cane per hectare, and last year fell to 75. This has to do with the issue of income: lack of income prevented the care of maintenance, preservation of sugarcane own.

Second question: logistics. The state of São Paulo supported the issue of ethanol pipeline, supported, for example, the installation of Itirapina departure terminal [in the region of São Carlos], and then have some logistical issues that also help reduce costs in the state. The third front is the cogeneration of electricity. There was a matter of ICMS differential for the purchase of new equipment to make the so-called retrofit. And now we study additional measures that can support energy cogeneration. The Cesp should actively participate in this process. It will have pro-active role. The state of São Paulo will use their purchasing power (of bioelectricity) to induce the production of this energy. We are discussing what other kind of tax support may be made of bioelectricity connection point of view. In February, the government announced the simplification of the cogeneration process. Often there is a company that owns the plantation, one that owns the plant and another company which was to burn brandy and energy. There was a bureaucracy over the ICMS that, with time credit that led to years to be process. We are looking for a simplification, giving up additional income because when you do that expeditiously, you gain up to 6% return.

Debaters ask priority for ethanol in the government’s energy policy

Copercana: fire continues, but is under control

“I am in favor to the Proer for the sugarcane industry,” says USP’s…