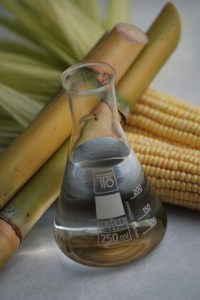 Argentina in the next two to three years could double the proportion of ethanol used in gasoline from the current 12 percent of the blend, a government official told Reuters. If the government goes forward with the increase, the South American agricultural country’s annual consumption of ethanol, composed of corn or sugar cane, would total about 2 million cubic meters (70.6 million cubic feet) annually. The move could help the country reduce its energy deficit.

“The state’s policy is to increase the percentage of ethanol in gasoline,” Nestor Roulet, secretary of added value in Argentina’s Agriculture Ministry, said in an interview on Tuesday. “If all goes well, the use of ethanol could double within two to three years.” The country would have no trouble sourcing the corn needed to boost ethanol consumption, due to the increased plantings after President Mauricio Macri lifted export taxes and limitations shortly after taking office in December 2015.

Argentina’s corn harvest is seen at 37 million tonnes in 2016/17, a 23 percent increase from last season, according to the Buenos Aires Grains Exchange. Around 1.2 million tonnes of corn are used annually to produce ethanol. Argentina is the world’s third-largest corn exporter.

Macri had signaled a plan to raise the ethanol mandate in fuels earlier in his administration, and Roulet said there was substantial private-sector interest to invest in expanding production capacity. The strategy is part of Macri’s effort to reduce Argentina’s energy deficit.

The country depends on natural gas imports, which Macri is trying to mitigate by encouraging investment in renewable energy as well as the vast Vaca Muerta shale reserve in Patagonia. Argentina also requires diesel fuel to contain at least 10 percent biodiesel. While the country is evaluating increasing the mix for agricultural machinery and transport vehicles, there are not yet any plans to change the blend requirements for personal vehicles, Roulet said.