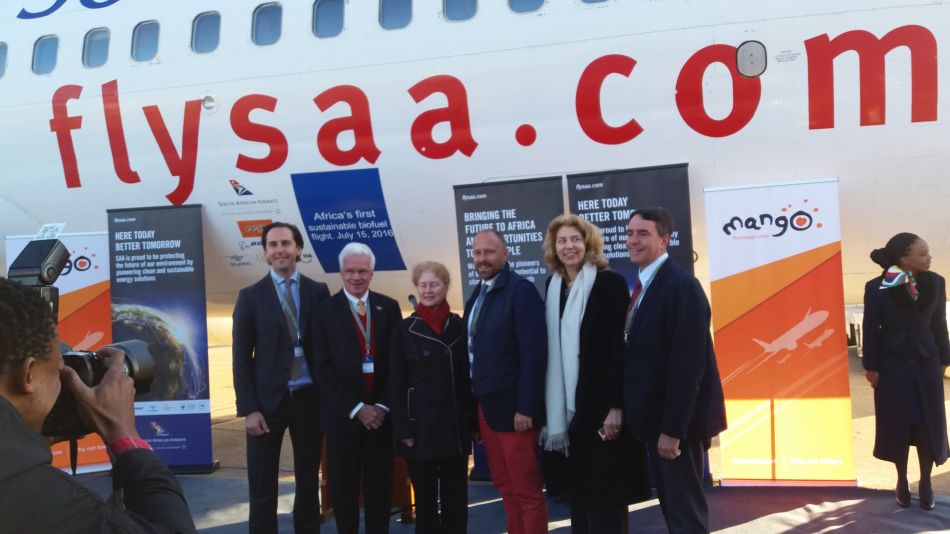 In 2013, Boeing and SAA launched their sustainable aviation fuels collaboration and in 2014, Project Solaris became the first focus project that converted oil from the Solaris plant seed into bio-jet fuel. In 2015, farms in Limpopo Province of South Africa, from which the biofuel for today’s flights was sourced, achieved certification from the Roundtable on Sustainable Biomaterials (RSB), one of the strongest sustainability standards in the world. RSB certification provides a model for expansion of Project Solaris to larger scale production

The partners today also launched a stakeholder and sustainability plan called the Southern Africa Sustainable Fuel Initiative (SASFI) to ensure a long-term domestic fuel supply for SAA and other regional fuel users. The goal is to scale-up over the next several years to gain additional biofuel capacity. If successful, farmers will be able to tap into local and global demand for certified feedstock without adverse impact to food supplies, fresh water or land use.

Studies have shown that sustainably produced aviation biofuel emits 50 to 80 percent lower carbon emissions through its life cycle that fossil jet fuel. Airlines around the world have conducted more than 2,500 passenger flights using various forms of aviation biofuel since it was approved for commercial use in 2011.