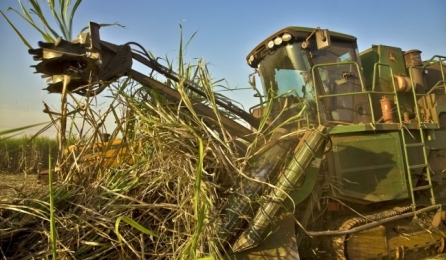 The amount of sugarcane crushed in Brazil’s Center-South in the second half of October was 31.74 million mt, down 18% year on year and down 1% from the prior two weeks, industry association UNICA said Wednesday.

Anhydrous ethanol accounted for 48% of the total, while the balance was hydrous.

The volume crushed was slightly higher than market expectations at 31.45 million mt, while sugar and ethanol production was practically the same as market expectation at 2 million mt and 1.33 billion liters respectively, according to an S&P Global Platts survey released Friday.

Since the season began April 1 through November 1, the amount of sugarcane crushed totaled 537.3 million mt, up 4% year on year.

Cumulative sugarcane directed to produce sugar so far this season was 46.71%, from 41.87% last season.

Of the total ethanol, hydrous output was down 11% from a year ago to 13 billion liters, while anhydrous rose 7% to 9.55 billion liters.

Ethanol sales to the domestic market in October were nearly 2.04 billion liters, down 18% from a year earlier and down 8% from September, UNICA data showed.

Most of the hydrous ethanol produced is used as a biofuel in flex-fuel vehicles, while most of the anhydrous is used to mix with gasoline at a ratio of 27%, according to the country’s mandate.

Both products are also used in industry and exported.